He’s back! He does it again! Damn right he’s the sheriff! And who that might be, you are wondering? None other than the man himself, Arnold Schwarzenegger. This is his first lead role since Terminator 3, and while I am happy to see Arnie “acting” again, there is a sad veil that covers this whole movie. Now 65 years old, he’s just not able to do things that this type of movie requires or that he, himself “requires” since he stated that this is his genre no matter what… Just accept it man, you are old and not willing to do extreme things to stay “mean looking” (did anyone say Stallone). Considering this, I think that they could have made The Last Stand work for Arnie, but they decided to disregard his age and condition and put him through a lot of awkward scenes. Now that we got that out of our way, lets say a thing a two about the movie maximus (note how many times is something maximized):

Gabriel Cortez, one of the most dangerous man in the entire world (quite a bold statement and M) is being transferred to a maximum security prison (M) and during this transfer, he and his crew manage to outwit the FBI and the police(M). He escapes in one of the most advanced cars ever built (M) with apparently no one able to stop him. Along the way he kidnapped one of the agents, and now he is headed for the border, away from all the problems. Knowing his route, police blocks off all the possible border crossings with barricades and what not. What they didn’t block off is an impossible border crossing (M) across a ravine  near a town called Sommerton Junction, and I think you can guess who’s the sheriff of this town… The only man who can stop Cortez is him, sheriff Ray Owens.

If you check out the trailer for The Last Stand before you see the movie, you will see almost everything that there is to see here, about 6 or 7 action sequences bound together by a couple of jokes and seemingly intense moments that are supposed to build up the upcoming mayhem. Granted, those scenes are pretty cool and innovative, especially the escape of Cortez that really was something that I did not see coming (Breaking Bad, bitch). So, there you have it, a mixture of good action and familiar faces should spark your interest in this movie, but don’t expect miracles.

Fun Facts: The scene where they go to load up on weapons from Johnny Knoxville’s character, Luis Guzman can be seen holding the Atlantean broad sword that Arnold used in the “Conan” movies 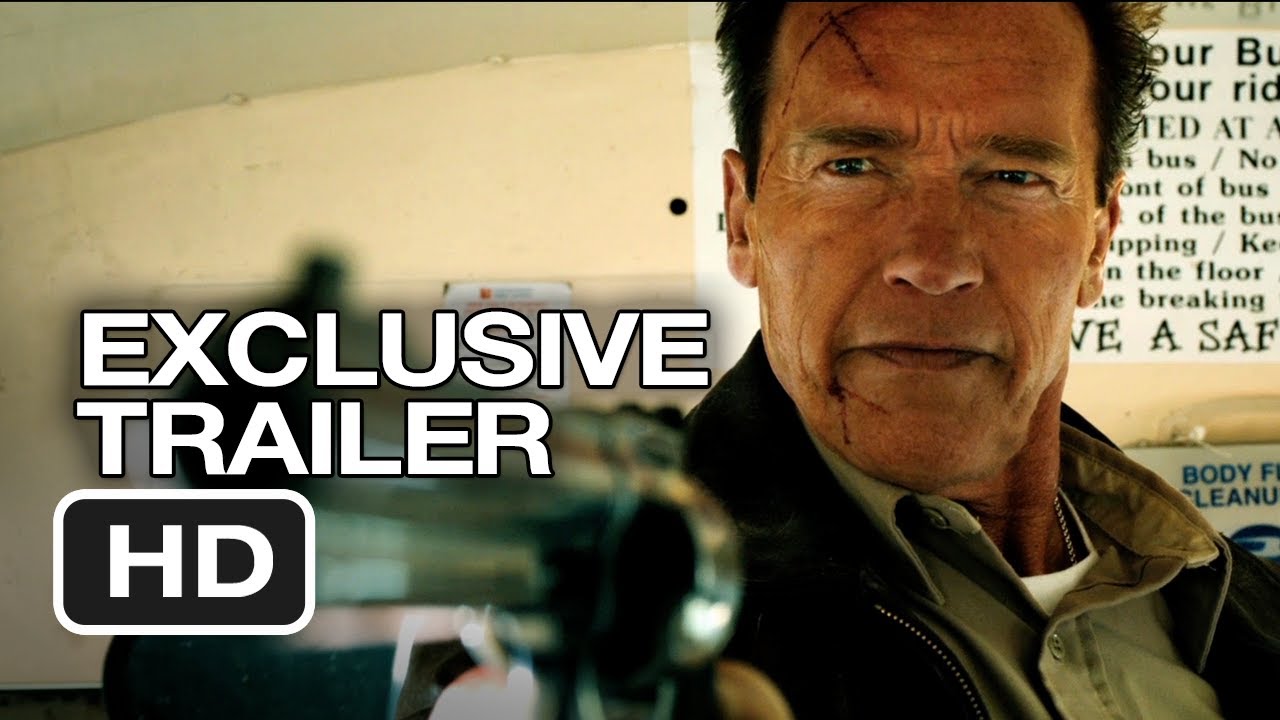