The Change-Up is another mainstream comedy with some rather zany elements that try to put it in that outrageous comedy genre. Yes, there are some great and totally unexpected scenes that are really

funny but at its core this still remains a pretty PG comedy. Directed by David Dobkin (Wedding Crashers, Shanghai Knights) it uses the old switcheroo trick (commonly reefered to as Freaky Friday) where characters exchange bodies to understand better themselves and people around them. This usually results in a series of awkward and funny situations, and this is also the case here. As far as acting goes, everybody’s done their share of work, Jason Bateman plays the same character that he always plays and Ryan Reynolds is Van Vilder, although I think that the opposite is much closer to the truth. There is a decent amount of nudity, with the accent on  Leslie Mann’s tits that look awesome (really an important fact when reviewing a movie). I mention this because most of the nudity in this movie is computer generated. Of all the things that you can CGI they chose female nudity, nice going studious, I wonder what’s next…

So, we got two buddies, Dave Lockwood is an uptight working man, swamped with work, family and everything else that you’re supposed to do in your life, and his buddy Mitch Planko is quite the opposite, pot smoking, beer drinking sex maniac, trying to get his acting career in order. One night after a lot of drinking, the two of them cross swords in front of the magical fountain, and this event will prove to be critical in their lives. They wake up tomorrow but in their buddie’s body and with a totally different lifestyle that they now have to adjust to. Meanwhile they are trying to locate that fuckin fountain…

Fun Facts: Ryan Reynold’s character Mitch expertly wields a samurai sword in the beginning of the movie. Reynolds acquired this skill for his role as Wade Wilson in X-Men Origins: Wolverine. Samurai swords are further seen with or referred to by the character Mitch throughout the movie. 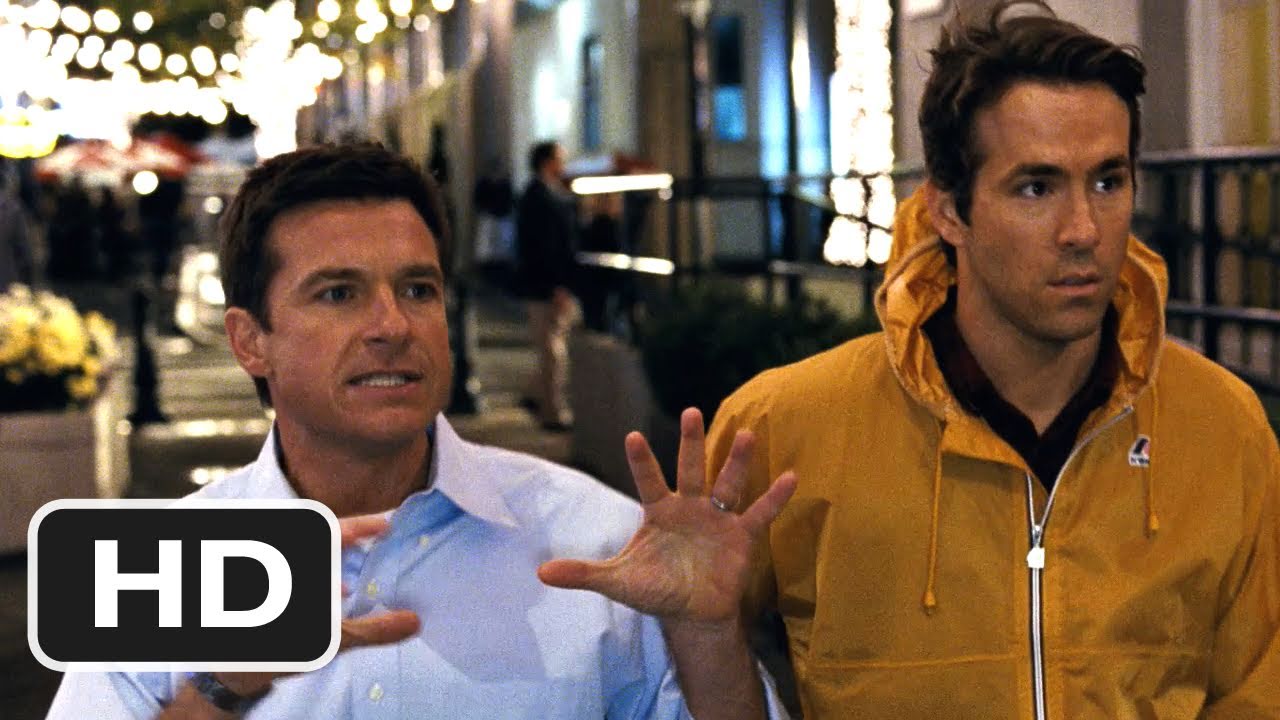