Another generic animated mess that’s supposed to hit the targeted demographic, I thought to myself, but The Croods turned out to be a great movie. Granted, there’s a lot of arm waving, uncoordinated movement, yelling and jabbering but there’s also a lot of emotions, realistic situations and other things that interest people with two-digit age group. As soon as the first guy thought of the mental glasses theory in animated cartoons, the rest of the industry followed to the pleasure of both the adults and the kids. You can still create an intriguing and smart movie and make it also very entertaining for children, because they will just tune out during the stuff they don’t understand. Following the beaten path of Ice Age, The Croods story is relatively simple and straightforward, you either climb the mountains or stay in your cave and die. It’s truly wonderful that the writers decided to be quite serious when it comes to family relations and the problems that they are facing, problems easily translated into today’s world.

Meet The Croods, they’re a family of caveman, living in, well, caves and cautiously interacting with rest of the world, led by Grug a man who’s favorite sentence is: be afraid of everything. Although this approach has kept them safe for a very long time, much longer than their neighbors, there’s a storm brewing. As the ground slowly crumbles near their cave, destroyed by earthquakes and meteors, Eep, Grug’s teenage daughter meets Guy, a somewhat evolved teenager who uses ideas instead of brute strength. He warns her of the impending doom, and reluctantly The Croods begin their journey to the promised land…

In case you forgot how good of an actor Nicholas Cage is, he will remind you of it here, his performance was top notch, along with the rest of the cast. All the characters were cleverly written, and they are all extremely likable so you will feel their joy or pain. The Croods presented us, through a humorous filter, the reality of an ordinary caveman living in prehistoric Pliocene era. It is amazing that they designed the characters to be visually similar to real prehistoric humans, quite a bold step in an animated world not to make cute and sweet characters. Speaking of the visuals, after a quite bleak beginning movie explodes with color and form, stunning the viewer with fantastic nature and weird animals (note to self: watch this movie while high).

Fun Facts: Chunky the “Macawnivore” started out as a bit of a joke in the art department. Artist Leighton Hickman was bored with the drab colors intended for creatures in the desert scenes, and painted the saber-tooth tiger with bright “parrot” colors. The filmmakers liked the look for the “Macawnivore” so much that it made it to the final film. 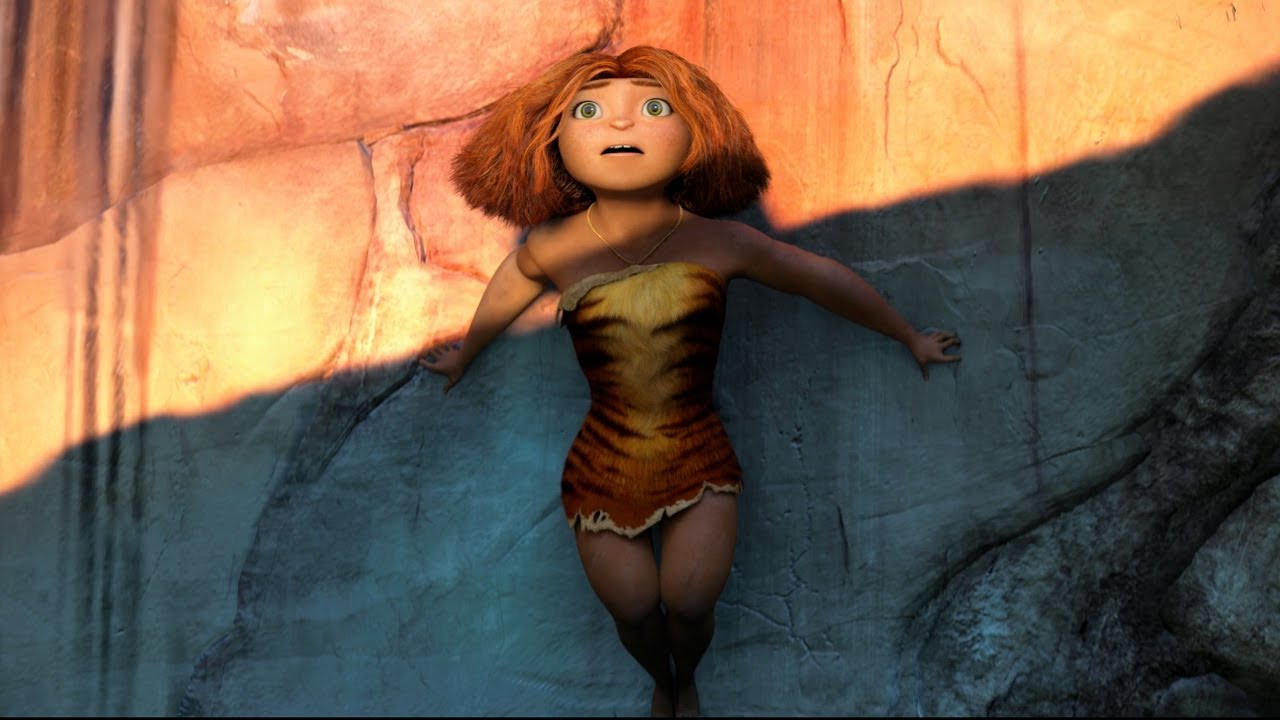