Here’s another formulaic horror movie worth your attention. First of all, The Strangers is loosely based on real events and when they say events, they really mean it, because they used three different incidents (check them below the review). The first half of this movie is one very traumatic and intense experience. Anxiety, fear and panic are the things you will be feeling as the story slowly develops. However, the second half of the movie is quite slow and it’s best to use it as a backdrop for your examination of the first half. It is that good. This is Bryan Bertinos’ debut and considering the budget and all the other factors, The Strangers is actually a good movie. Liv Tyler was great here, as always, and Scott struggled towards the end, but still was pretty good. If you asked me why this movie was so scary, I would have to tell you: because it’s real. Based on real events and even some events that happened to the director, Bryan, it features a very sound reasoning and realistic character reactions. There’s another element that accompanies this realism, but more about that after the plot summary. This is the point where we are introduced to the “perfectly logical reaction” guy, who says that they are acting like babies or idiots and this is a huge problem. People are stupid and when you think you know just how stupid, they will totally surprise you. Plus, you have all these concepts that you can explore, regardless of the actions that characters undertook.

Wedding receptions are always the worst, aren’t they? A young couple, bored to death by this ancient ceremony decides to retreat to a remote summer vacation house, deep in the forest. As they were slowly reeling from the reception, they here a knock on the door…

That element is the randomness of the evil that’s basically one of the main motives here. The Strangers are not motivated by the couples’ actions, past or present. They are driven by something deeper, something that we can’t figure out and that’s what scares the shit out of us. Of course, the answer lies in the realm of the thinking, so about 85% will have trouble conceptualizing it. But, I won’t get all philosophical on you, at least not right now, so lets get back to the movie. Although there are some really brutal scenes, most of the tension and fear here was generated by the very empathy that we feel for the young couple, thinking that could be us honey. And that feeling of helplessness that’s simply overwhelming, leaving you frozen in the face of the intense stimuli.

Fun Stuff: The film was shot entirely with hand-held cameras or steady cams. Every shot has some camera movement. Loosely based on the 1981 Keddie Resort murders in northern California. 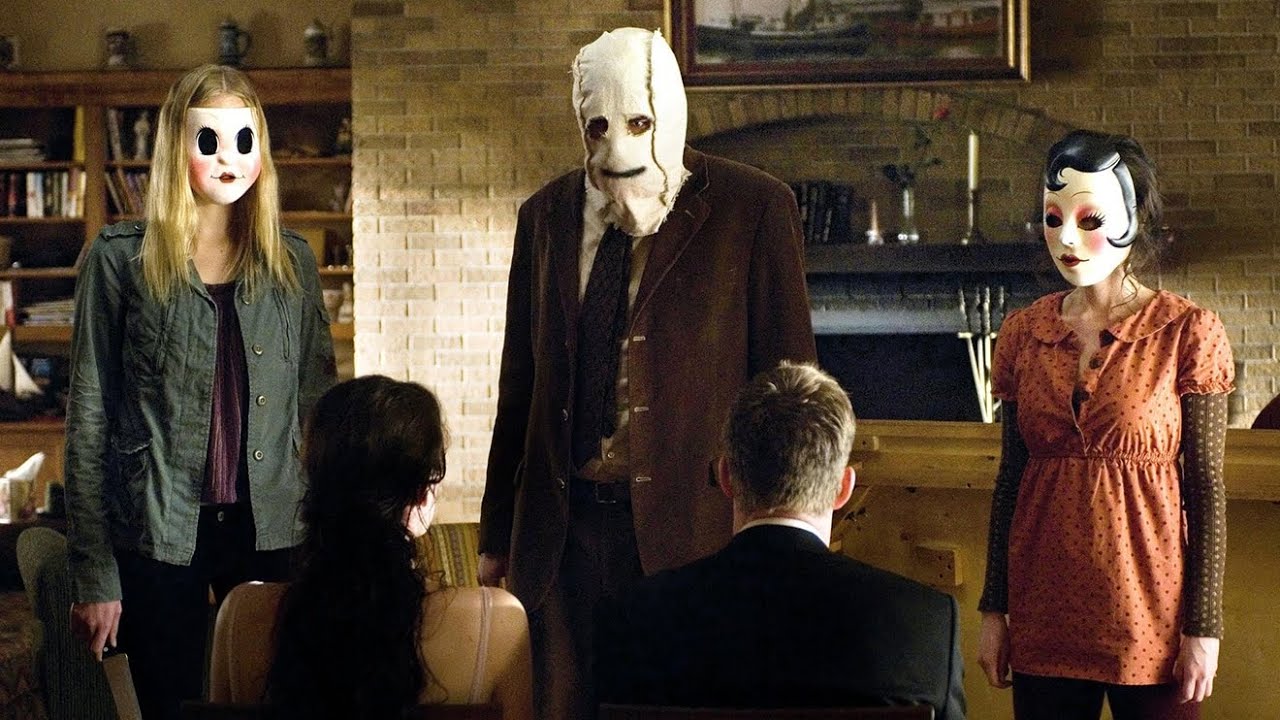