Phaaaamp!!! Phaaaaaaaaaamp!!! Phaaaaaaaamp!!!!! I just love that sound that appears right in the middle of some epic wide shot, usually of aliens attacking the earth or in this case zombies. It seems that there’s a whole new subgenre of these movies, featuring huge scenes with thousands of aliens/zombies/robots and that ominous feeling that nothing is going to be the same. I think this originated from the first Lord Of The Rings, and later War of The Worlds, anywhoo enough about that, lets sink in the World War Z. Right off the bat I have to tell you that this is one of the best zombie movies that I have seen, not counting Romero’s opus, so if you’re pressed for time, you can immediately get a copy of movie, it is fucking sweet. The thing that I was amazed with the most was the seamless scaling from a gripping scene involving one zombie and one human to a heartwarming and suspenseful family battle for survival and finally that huge scene encompassing enormous areas under attack by thousands of zombies…

Gerry Lane, a former UN employee, his wife Karin and their two daughters are stuck in traffic in the lovely city of  Philadelphia when they notice that something strange is happening around them. People seem to be acting quite strange, and soon they realize that the entire city is overwhelmed by hordes of zombies. Ranking pretty high, Gerry manages to get his family to safety but in exchange he must help the new authorities to get to the bottom of the whole zombie outbreak.

Loosely based on a book by Max Brooks, World War Z is obviously written by someone who really loves zombies and the whole genre. It is as realistic as it gets with these movies, but what impressed me the most were the subplots that made perfect sense and those predictions on how the world would operate and look with the zombie outbreak. It’s not the product of some polls and formulas but a thought out plot that makes this movie an instant cult classic. Of course, some sacrifices had to be made, and one of them is the overused aspect of a father willing to do everything for his family. It seems that after every scene with Gerry there should be a warning on the screen: feel empathy for this poor man and his struggle. Still this is only a minor flaw in an otherwise phenomenal movie that in my humble opinion could be the next Night of the Living Dead…

Fun Facts: Originally, the film had a different ending. In it, the plane lands in Moscow rather then crash. The passengers are rounded up, and the elderly and sick are executed. Gerry is drafted into the Russian army. An unknown period of time passes, and we see Gerry fighting the zombies. He realizes the zombies are weak in the cold. The film ended with him getting back to the USA and leading a D-Day like invasion against the undead on the Oregon coast. The ending that was used instead made the movie less brutal and ended it with a glimpse of hope. 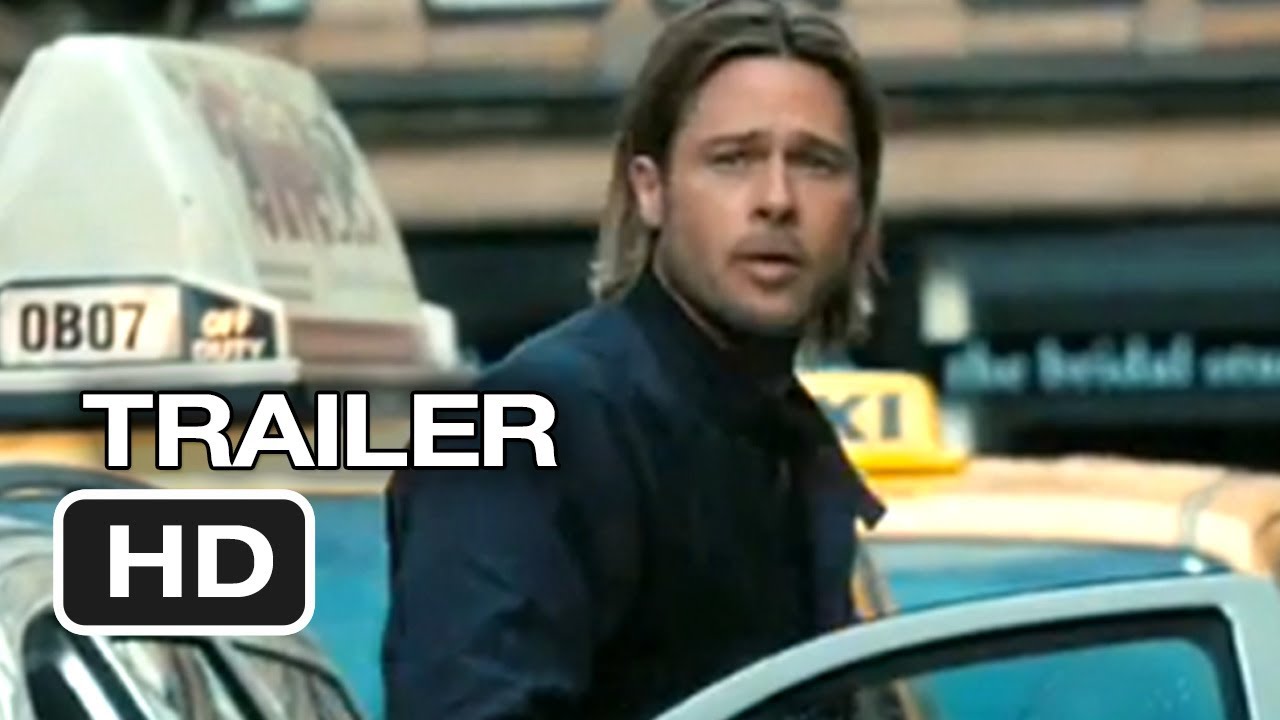