Now, I can officially say that I have some sort of shark movie fetish. No matter how low budget, how painfully bad and terrible they are, I have to check them out. I guess it all started with the movie Jaws that left a pretty big

impression on me, especially since I saw it as a kid. Bait AKA Bait 3D is primarily targeted towards movie cinemas and this new 3D kajigger, but it can be a good viewing experience even without it, especially because good shark movies are hard to come by. Production values are good, and the special effects believable which is a major plus. As far as the characters go, they are pretty much generic and made to the same formula like in any other college-kids-up-to-no-good movie.

As it is customary in these sorts of movies, nudity is a factor, but the crew of Bait decided to treat us just with a few bikini shots in the beginning of the movie, and the rest is just action and suspense. Throughout the movie I applauded the director and writer as I kept remembering that they are fighting sharks in a fucking supermarket. They could have easily called the movie Sharks in The Supermarket and it would be an accurate description of what’s about to follow. But it all adds up and could happen in real life (well…), so this creative approach added more points to the final score. Acting was watchable, with no one in particular showing any special talent, but then again, this is a movie about sharks in the supermarket…

And now the plot, Tina and Rory are in love and they are about to be married when Tina’s brother gets eaten by sharks. Since they were all lifeguards on the same beach, they split up and Rory takes a job in a local supermarket to get away from the water and the memories. Tina travels to Indonesia as she intended to do with Rory. One year later a chance encounter will bring them together with the addition of Tina’s friendzoned buddy Steven, a cute Indonesian guy looking to score. With a lot of colorful characters that are shopping right now, we meet even a pair of robbers, but their plan gets foiled by a fucking tsunami. Everything gets flooded and where there’s water and food there are sharks. Now those who survived the tsunami must face a new challenge, man-eating sharks… 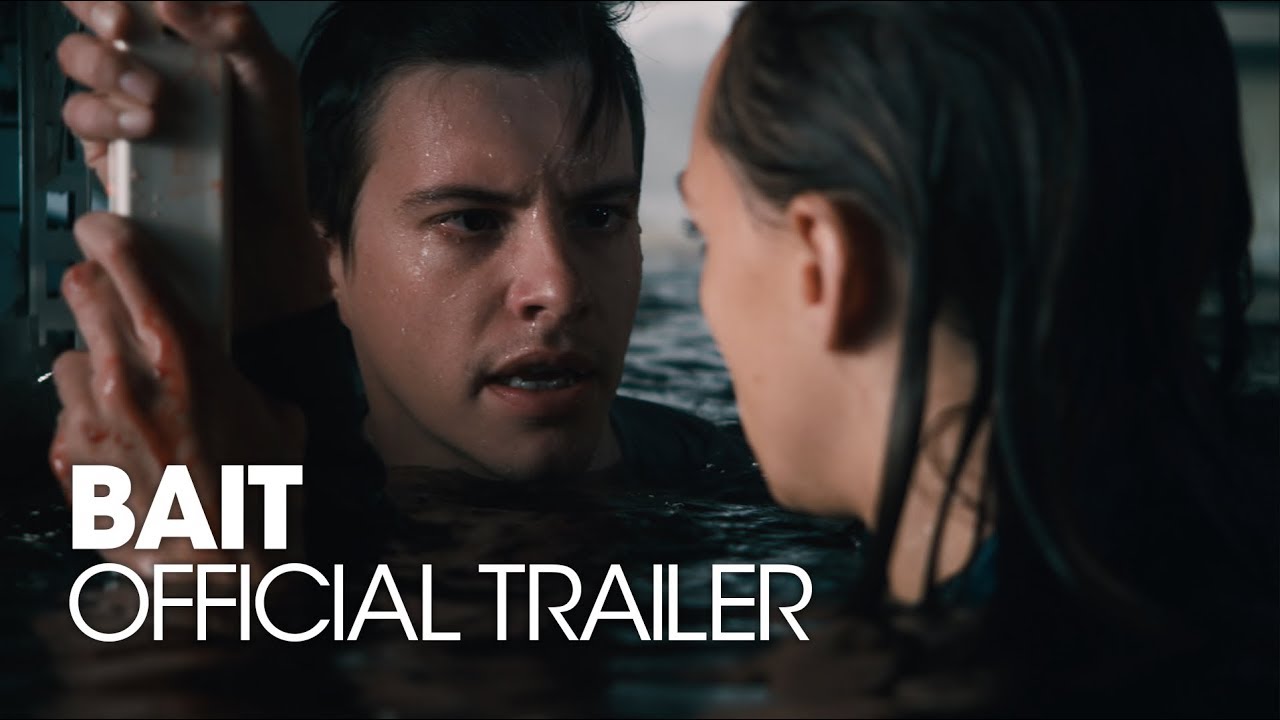