Another movie that ended up with Tim Burton sticker on it. Funny thing is that the director Shane Acker actually shot 9 as a short film back in 2005 and was even nominated for an Academy Award. I guess they needed someone to ensure that this thing would work.

You can see his influence in the movie, but only partly through actual realization of the several different elements (sets, character movement…). The story and the characters are too one dimensional and the plot could have been more twisted and weird. Though visually stunning with some really cool creatures, this movie does not deliver the humor and that cute gross effect that Burton movie usually bank on. Voice acting is perfect and I especially enjoyed in Christopher Plummer`s voice, but the use of Elijah Wood as the main character is too Lord of the Rings milking decision.

So, to summarize, the movie is good, it could have been great but the story messed up that part. And by that I mean that it’s a shame that they didn’t delve deeper into it. It is definitely worth watching, even if you are not a Burton fan. I guess that they were trying to bridge the gap between twisted Burton cartoons, and mainstream Pixar-like flicks. After a great war, the entire world is reduced to almost nothing, and in this emptiness a doll wakes up without ability to talk. In this post-apocalyptic world, he will find himself in a role that is much greater than the one he envisioned. Enjoy. 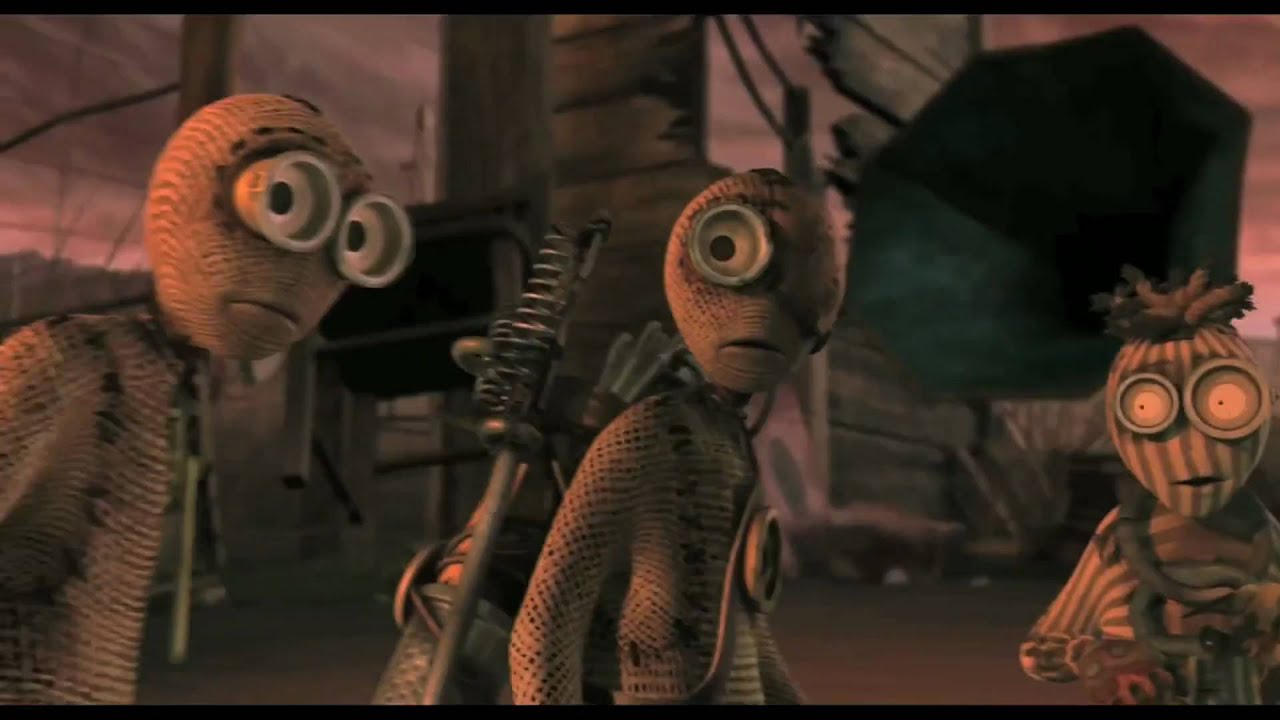